4 things I learnt at eyeforpharma Barcelona

Last month’s annual eyeforpharma Barcelona saw marketing and medical affairs leaders gather to discuss how they are engaging their customers. For me, the 4 themes of collaboration, patient centricity, ‘succeeding in failing’ and gender equality emerged. Here’s what I came away with:

The theme of the conference this year, and the hashtag, was #unitepharma (although I find these special hashtags a challenge as everyone also uses #e4pbarca, so there’s 21 characters of your Tweet gone already).

Why? Because eyeforpharma recognises that solving healthcare problems is complex, requiring the skills and capabilities of many types of players in this interconnected network.

Some of the best examples shown in the three days involved collaboration and working together.

Leo Pharma won an eyeforpharma award for their Innovation Lab which partners with technology organisations world-wide to develop digital solutions to support patients with skin conditions.

Another award winner was also a collaborative project – Boehringer Ingelheim’s Angels initiative is working with the European Stroke Association to certify 1500 hospitals across Europe as specialist stroke treatment centres, in order to save more lives. 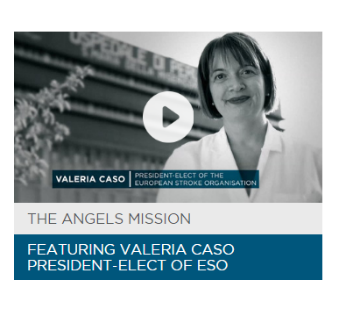 It is a bit of a myth that health professionals do not want to collaborate with pharma. We sometimes over-interpret surveys that say ‘doctors don’t trust pharma digital stuff’ or ‘doctors prefer 3rd party sources’. Sometimes this is because pharma hasn’t (yet) delivered what they want in these spaces. Alistair Grendell of QuintilesIMS pointed out that ‘85% of HCPs want more digital services from pharma’ and used clinical trial recruitment as an important opportunity area.

Ryan Olohan (@RyanGOOGHealth) of Google supported this with a case study – in one example a trial had recruited just 10 patients in 4 months with traditional methods, then got the other 90 in 10 days with a search-led campaign.

Collaborating with patients is also vital. A helpful patient panel (Marc Worthmann of Alzheimer’s International, Kawaldip Sehmi of IAPO, Ananda Plate of Myeloma Patients Europe and Natacha Bolandos of European Cancer Patient Coalition) had some advice for the delegates – they do want to work with industry, but expect to be involved from the start… ‘Don’t come to us and say “look what we built”’ was their message, also ‘a patient support programme is not a marketing campaign’. Which brings me to…

2. Patient-Centricity – mindset or a marketing tactic?

All companies have patient-centric straplines but only a handful are demonstrably putting them into practice. On a show of hands, only about 15% of delegates thought their own company was truly patient-centric today.

Google pointed out that of the estimated 165,000 health apps (mostly created by pharma), just 36 of them make up half the health app downloads.

Ian Talmage (Bayer), a pharma leader of many years and a cancer survivor, had a unique perspective. He talked movingly about his brain cancer, the depression and fear that accompanied it and the long-term disability it has left him with. He was very clear that there is lots of opportunity for the pharma industry to help patients. “I didn’t want shiny leaflets, I wanted trust and involvement, my way”.

Takeda won an award for delivering a service to patients, designed as a result of a direct patient need. A colleague with IBD had a long-haul flight in which the food served caused a flare-up, so Takeda created ‘FlyWithIBD’ a campaign to encourage airlines to support IBD patients by labelling food more clearly and making WC access easier.

Launched with a Thunderclap, this simple but effective campaign was worthy enough to win the eyeforpharma award for Most Valuable Patient Initiative.

Wendy Keyhoe of GSK described an enterprise-wide initiative to talk to patients with COPD and bring videos and images into the business for all colleagues to learn from, with a patient journey map aligned across the organisation and a ‘workshop in a box’ to help countries develop their own insights.

Hats off to Nestlé Nutrition who interviewed no less than 15,000 patients worldwide in building their new commercial model based on real insights. 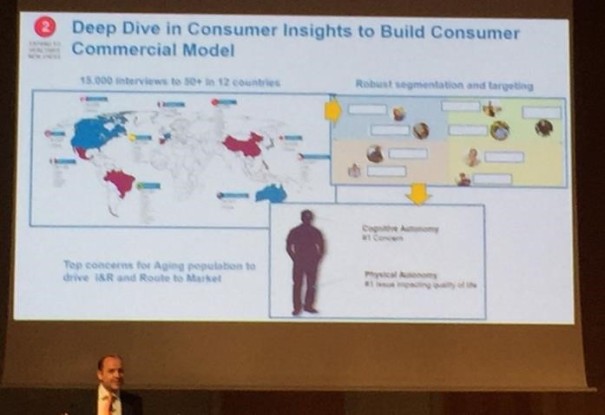 3. How to Succeed in Failing

Bruno Villetelle (@BrVill), Chief Digital Officer (very good to see one of those), described the vision at Takeda as ‘how to transform a 237-year-old company into a 33,000 people startup’. They have implemented an internal ‘Dragon’s Den’ for entrepreneur colleagues to come and ‘pitch’ their ideas and win funding.

Bruno pointed out that the ‘early adopters’ can’t do it alone (I agree, see my post on Crossing the Chasm) and was challenging, saying “Pioneers do not let go. Failure does not deter them”. How many of us in pharma have succeeded in failing? 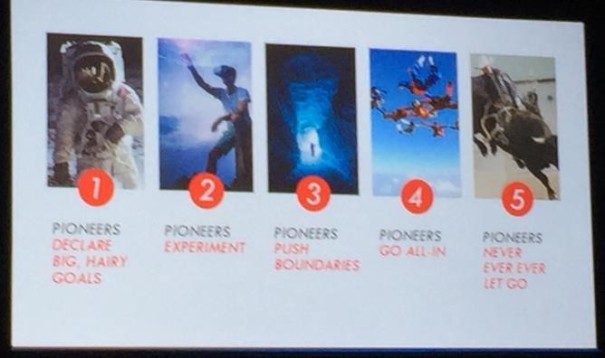 GSK’s AJ Ploszay showed that to transform effectively for multichannel a pharma company needs to really change the business model. GSK does not pay doctors to speak for them and no longer rewards sales reps based on prescriptions but on customer satisfaction.

Their approach to digital assets is iterative: “get a minimum viable product to marketplace, see what customers think and build from there”.

Felix Jackson (@FelixJackson) also described an agile project approach in his talk about Dynamic Digital Content Development. His 4 principles were:

He pointed out that so many of our approvals processes were designed for print. Don’t try to fit into it, change the process, he said. I agree, an agile test-and-learn approach has been done in pharma and it works.

Fabian Mettes of Amgen showed the importance of consistent measurement in delivering transformational change. They are implementing a common KPI framework (‘Brand 360’) across the organisation and this is allowing the sharing of best practice and learning, and the linking of ‘multichannel performance’ with sales results.

A disappointing observation at Barcelona was the very unbalanced nature of the speaker faculty. 80% were men and all opening and closing keynotes were male, as were all the ‘Lifetime Achievement Award’ finalists. It is a shame to learn from eyeforpharma that they tried really hard to get a more representative speaker list but companies overwhelmingly put forward men for the task. Why is this?

Even the session on gender parity, ably led by Magdalene Pederson of the Healthcare Businesswomen’s Association, was not as well attended as it might have been.

This is a productivity issue and men as well as women need to stand up and campaign for better diversity and equality in our organisations, particularly at a senior level. In an industry dominated by women (especially in commercial roles), whose customer-base is dominated by women (80% of healthcare decisions are made by women according to the HBA), women should have a fair share of leadership and decision-making. There is no lack of ambitious or able women in our industry. The problem goes deeper than that.

Magdalene pointed out that there is a glass ceiling for sure – the built-in unconscious bias on the part of male senior hiring managers that “she won’t want that more senior role because she has children and will not want to travel…” or “if I promote her she’ll just get pregnant and leave me in the lurch” – without actually asking the woman about her own ambitions and preferences. These doubts and questions do not apply to men! Companies must go beyond the letter of the law in having equality policies that address this very real bias.

In addition to this Magdalene told us, there is a ‘sticky floor’ – the women who get promoted, it seems, often get paid less than their male counterparts for the same job. With little pay transparency in industry this is often a hidden problem – but also needs addressing. Once again, unconscious bias rather than policy is the biggest problem in terms of the gender pay gap.

Paul Simms, CEO of eyeforpharma, has issued two newsletters on this topic and called for improved equality across our industry – “if we’re to fully deliver on patient outcomes, we must be representative of our patient population.” Interestingly the only negative feedback Paul’s had so far has been from a handful of men, illustrating, I think, that it is very difficult from a position of privilege to see the impact of prejudice.

I call on all women and men in our industry to call this out, challenge their organisation and show leadership in driving for better equality in the interests of our future and that of the patients we serve. Let us all #BeBoldForChange!

2 comments on “4 things I learnt at eyeforpharma Barcelona”